We are honoured and proud to announce that Bureau BoschBerg has been awarded the Henry van de Velde Young Talent award 2021. Gold, baby! We were nominated by a professional jury to whom we are grateful for recognising our work with this amazing award.

We would like to use this opportunity to give a big shout out to all our wonderful clients:

The exhibition accompanying the Henry van de Velde awards 2021 has unfortunately been postponed due to a recent fire in Bozar Brussels. As soon as we are informed about the new dates for the exhibition, we will let you know. In the meantime, we wish Bozar the very best! 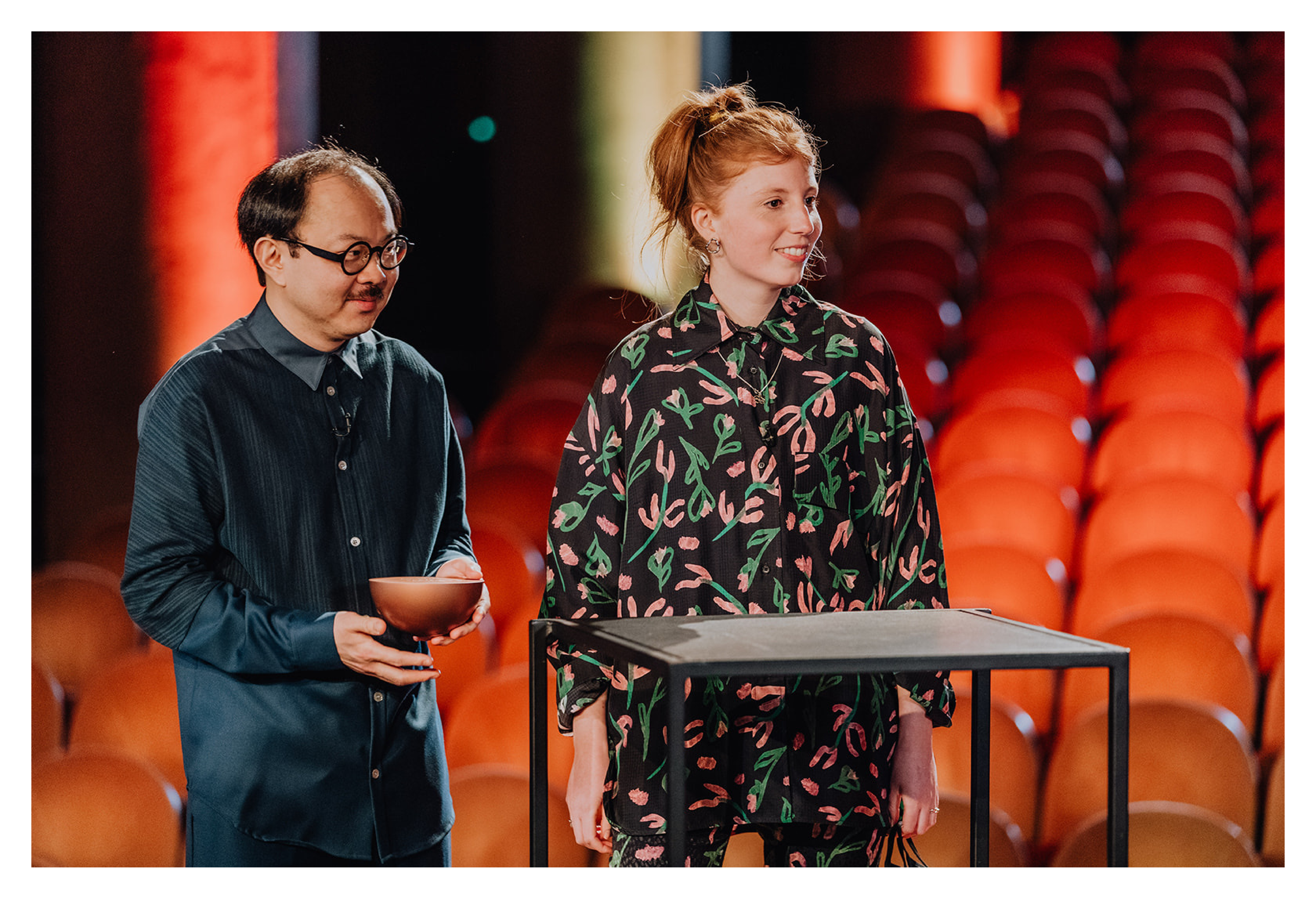 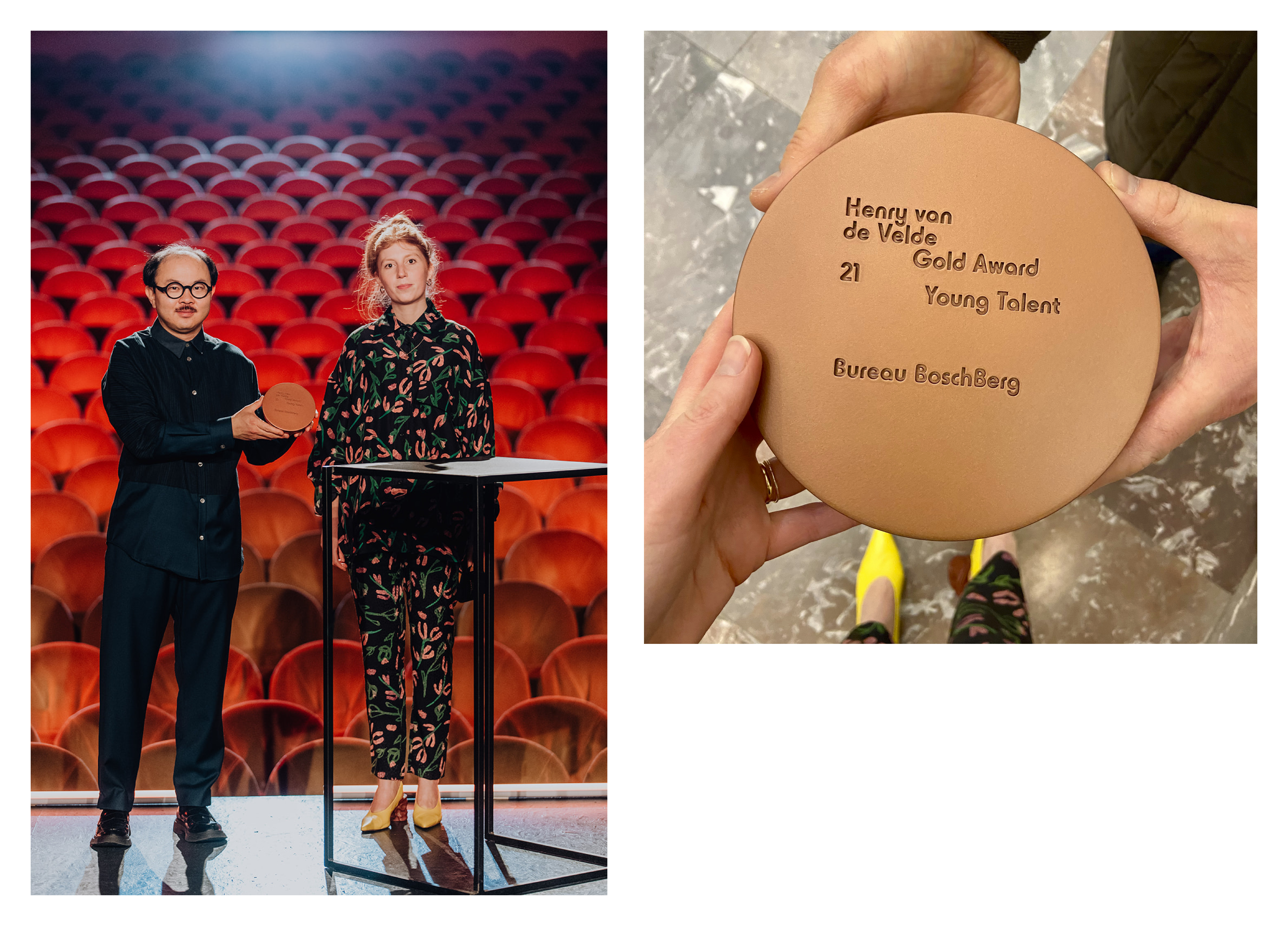 The jury especially wanted to reward the symbiosis that is also conveyed by the name of the studio and extended to the smallest details by the founding duo Laura Bergans & Sang Woo K. Vandenbosch. The permanent dialogue that lies at the heart of it all does not rule out differences, first and foremost with Sang who meticulously swears by the grid, while Laura prefers to work off-grid. What’s more, there are the clients – a list that, seven years down the road, primarily includes numerous heavyweights from the Flemish cultural world, ranging from deSingel and STAM Ghent to Theaterfestival and Z33. What is striking in this respect is the long-term collaboration, in which the graphics are so closely interwoven with other project components and the identity of the house, that they describe their contribution as part of a Gesamtkunstwerk. In the meantime, this has already led to an extremely diverse oeuvre, which is best described by the graphic term “bold” – fresh, simple, open, striking, and direct.